NO GOD BUT GOD: THE ORIGINS, EVOLUTION AND FUTURE OF ISLAM

/Much of the Muslim faith remains largely unknown and misunderstood in the West. To many in the west, Islam means jihad, veiled women and suicide bombers. Yet these represent only fringe elements of the world’s fastest growing religion. While there have been a number of successful books on the topic of Islamic history – from Karen Armstrong’s Islam: A Brief History to Bernard Lewis’s The Crises of Islam, there is surprisingly no book for a popular audience about Islam as a religion, let alone one by an author from an Islamic background. No God But God fills that gap, addressing issues of belief: the difference between the Quran and the Bible, the meaning of the Hajj, the Muslim relationship with Jesus, the Muslim attitude towards Jews, equality between the sexes and more. Author: Reza Aslan is a comparative religions scholar from Harvard, who is also a graduate of the Iowa Writers’ Workshop. At Harvard, he was elected president of Harvard’s chapter of the World Conference on Religion

Be the first to review “NO GOD BUT GOD: THE ORIGINS, EVOLUTION AND FUTURE OF ISLAM” Cancel reply 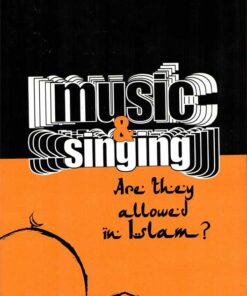 MUSIC AND SINGING, ARE THEY ALLOWED IN ISLAM?

IQBAL AND GOD A DISCOURSE: THE PLAINT AND RESPONSE TO THE PLAINT ₨ 1,920.00
0
0
Your Cart
Your cart is emptyReturn to Shop
Continue Shopping
You will Get 1 Points on a successful Sign Up